Comet in Our Sky, Lim Chin Siong in History (new edition) ed Poh Soo Kai, was launched on Singapore’s National Day in Petaling Jaya. It was a most appropriate day to launch this important book because while we celebrate our country’s 50th birthday, a day on which Singapore received her heartbreaking independence, we remember Lim Chin Siong who opposed merger in 1963. Lim Chin Siong and his party, Barisan Sosialis, foresaw that merger would not work as the terms for merger were unclear and not favourable to Singapore. His party campaigned against merger asking voters to cast blank votes as protest. However after a phoney referendum in late 1962, merger went ahead on 16 Sept 1963 but not before Lim Chin Siong and over a hundred colleagues were arrested and imprisoned without trial in Operation Coldstore on 2 Feb 1963. Two years later, Lim Chin Siong and his party were proven right when Singapore was compelled to leave Malaysia.

The first birthday, 50 years ago was celebrated with a big parade.
Having been proven right, any just government would have released Lim Chin Siong and his colleagues immediately. That was not to be with Lee Kuan Yew and the PAP. They continued to remain in prison, many of them for decades. There was no legitimate reason except to destroy the opposition.

After independence, the PAP did their utmost to undermine, obliterate, distort and destroy the contributions of Lim Chin Siong and his party. They almost succeeded until Melanie Chew published a coffee table book called “Leaders of Singapore” in 1996. It was a book that few could afford as it was priced at about $250. But it contained an excellent interview with Lim Chin Siong. Following that book, “Lee’s Lieutenants” by Lam Peng Er and Kevin YL Tan was published. According to Hong Lysa, it was a chapter in that book that made Tan Jing Quee and K S Jomo decide to respond by putting together a collection of essays on Lim Chin Siong. The first edition of Comet in Our Sky was published in 2001.

I don’t remember feeling depressed when I first read Comet in Our Sky. But re reading the book now depresses me. I am no longer able to remain detached and uninvolved like historians digging out the past or lawyers fighting the causes of their clients because I have come to know many of the survivors of Operation Coldstore. 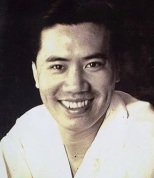 To read about Lim Chin Siong is not only to know his humility, oratorical skill, greatness and courage but also the depth of depravity of Lee Kuan Yew. For his own personal glory and power, Lee carried out grave injustices to his comrades and their families for decades. I cannot fathom the cruelty of the man when he acted as Lim Chin Siong’s lawyer during his imprisonment only to betray him. Lim Chin Siong said in his manuscript which is translated by his brother, Lim Chin Joo that he was kept isolated from the other detainees and was not informed of what happened outside the prison walls.

Comet in Our Sky explains how one man, Lee Kuan Yew, managed with his colleagues, the Tunku and the British to demolish the opposition. It is important for young Singaporeans to read this book and to understand why Singapore is what she is today. We were a vibrant, creative society until Lee Kuan Yew came into power and used unjust but legal means to demolish his political opponents.

Comet in our Sky is a very important book about Singapore. I am grateful to Tan Jing Quee and K S Jomo for publishing this book 14 years ago and Dr Poh Soo Kai for republishing it today after its disappearance for more than a decade.

The new edition of Comet shed further light on Lim Chin Siong with the inclusion of a summary of his manuscript translated from Chinese by his brother Chin Joo, a foreword by Hong Lysa, a chapter by Dr Poh Soo Kai and cartoons by Sonny Liew.

I recommend this book to all Singaporeans.